9/15/17: With overwhelming sadness, we must inform you of the passing of GEORGE DOONAN, long-time Voice of Pearl River Little League and the Kayser-Brady Tournament, on September 13, 2017. A truly humble gentleman who gave of himself quietly and without ever seeking credit, George served Little League youth for decades as an umpire, and then as an announcer. He will be genuinely and sorely missed. We are thankful that we had the honor of knowing him. Rest in peace, George.

The article below was printed 9 years ago. So add another 8 years of service through 2016. 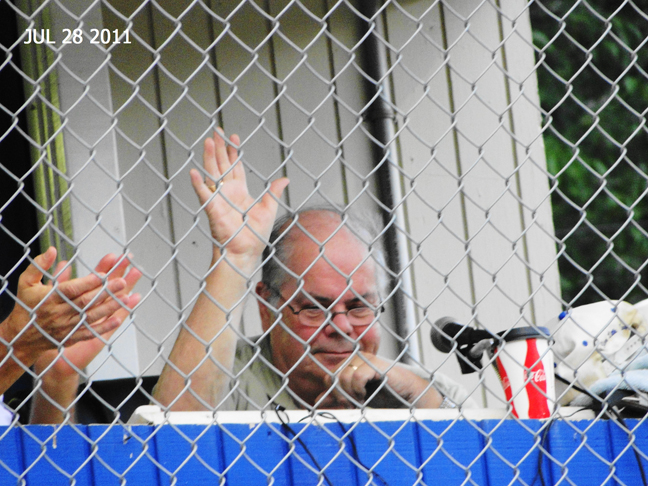